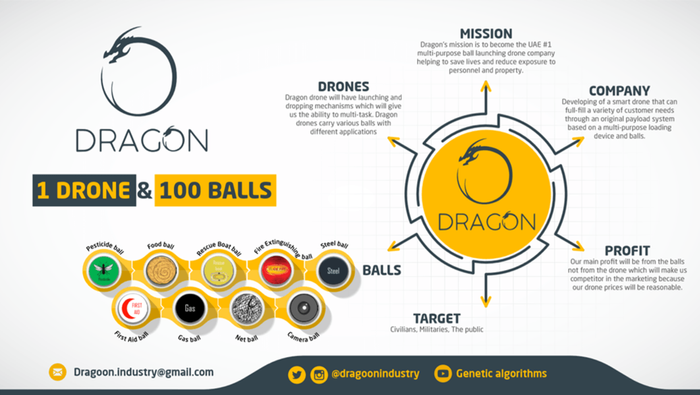 DRAGON Drone has dropping and launching mechanisms. In the event of a fire breakout in high rise building, DRAGON drone is deployed with firefighting balls loaded up in the launcher to attack fires swiftly so first, the drone will launch the steel ball to crash the glass then the fire extinguisher ball to extinguish that fire.