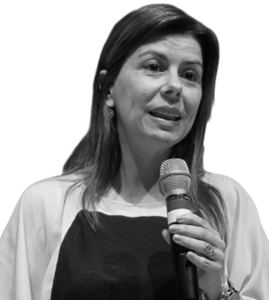 Catarina Selada is the Head of Smart Cities at CEiiA – Centre for Engineering and Development. She has been working in several European and Portuguese projects on smart and sustainable cities, namely zero-carbon living labs and testbeds.

She is a speaker in several Portuguese and international conferences and training sessions on smart and sustainable cities, namely in Europe and Brazil. She received a degree in Economics and a master degree in Science and Technology Management from the Technical University of Lisbon, Portugal. She has a post-graduation certificate in Governance, Public Policies and Innovation by the University of Coimbra, Portugal.