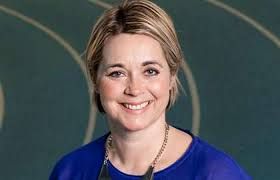 GM Marketing & Communications , International Cricket Council (ICC)
United Arab Emirates
Her 'Fill the MCG’ cricket campaign for the final of the Women’s T20 World Cup, came quite close to break the world record for attendance at a women’s sporting event
Biography
Prior to joining the ICC in 2016, Claire was Head of Sport at Hanover Sport with clients including England and Wales Cricket Board, NFL and Asian Football Confederation. Prior to Hanover, she ran her own consultancy for a number of years with a range of clients including Team England for whom she led the media operation at Glasgow 2014.

Claire has also worked as Head of Marketing and Communications for UK Athletics, during which time she spearheaded London’s successful campaign for the hosting of the 2017 World Athletics Championship. Previous roles also include Head of Communications at Vero Communications and the English Institute of Sport. She started her career as a sports journalist and producer and was part of the founding team of talkSPORT.
Share On: